From Here to Career 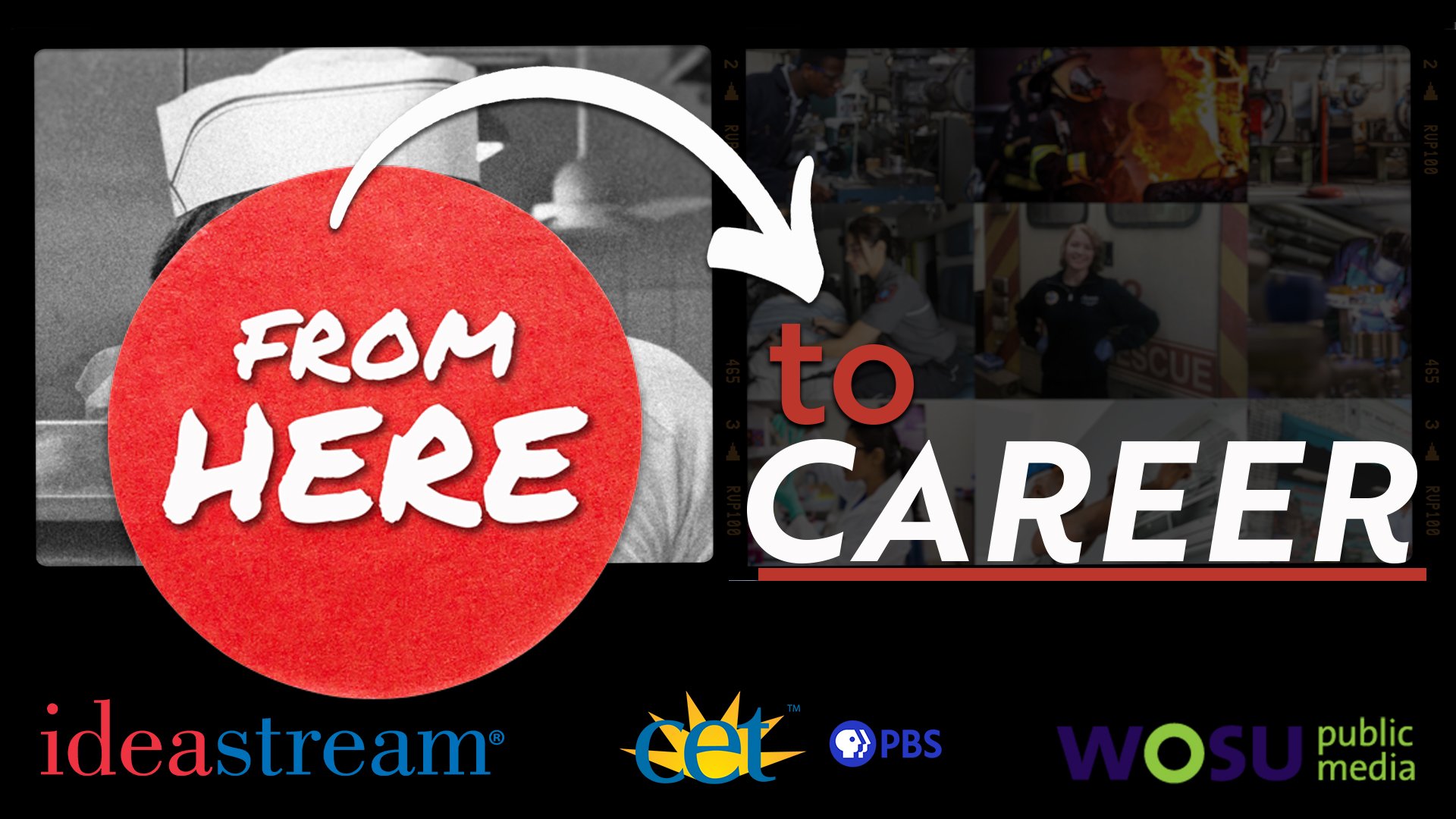 In our latest series, Public Media Connect and our public television partners have focused on barriers to employment, following the stories of adults 20-40 who have had to re-think their lives and jump-start their careers. Some have faced health issues, others incarceration, while others just found themselves in a dead-end job. Each person in the nine-part series discusses the resources that helped them re-define their future, and offers a message of hope.

After he made the “short-sighted” decision to drop out of high school, Chris Garrett worked in the food services industry for over a decade, and eventually ended up scraping by working two jobs as a food delivery driver. But, after his daughter was born, he was determined to set an example. With help from the Wayne County Schools Career Center, he’s more than doubled his salary after finding work as an automation technician for a subsidiary of GOJO, which manufactures Purell products.

After years of working in administrative assistant roles, Omayra realized she may have to look at other sectors to find a good career with growth potential. Now, she’s growing her experience in supply chain with Procter & Gamble and has a clearer vision for the future.

Rebecca Lewis’ career path was blocked by numerous obstacles, including incarceration. She was able to overcome the obstacles with the assistance of an organization dedicated to helping people find hope and sustainability in their lives and careers.

In his pursuit to find a career that doesn’t feel like work, Harry Quiñones dabbled in architecture and construction, even earning an NCCER certification as a student at Lakewood High School in Cleveland. But he discovered his passion for business at Cuyahoga Community College and opened 787 Market & Café, a colorful bodega in Old Brooklyn brimming with Puerto Rican goods.

Jammes Luckett recently completed an IT certificate program and found her dream job teaching others about technology. The certificate has helped her breakthrough to gainful employment in the tech industry.

Early on, Liz discovered her passion for paramedics, but felt pressure to pursue a four-year degree, until a fateful event in class brought her back to the career she loves.

College and a career in media/design was originally the dream for Kait Matthey, but medical ailments would throw her off-course not once, but twice. Through perseverance and a smart pivot to IT, a tech bootcamp, and a program called Apprenti, Kait has been able to find a career that may just take her further then she ever imagined.

After graduating with a four-year degree in psychology, Ashleigh Rea struggled to find a job that was fulfilling and could pay off her student loans. She spent years as a nanny and then in food service before she enrolled in Columbus State’s Surgical Technology program.